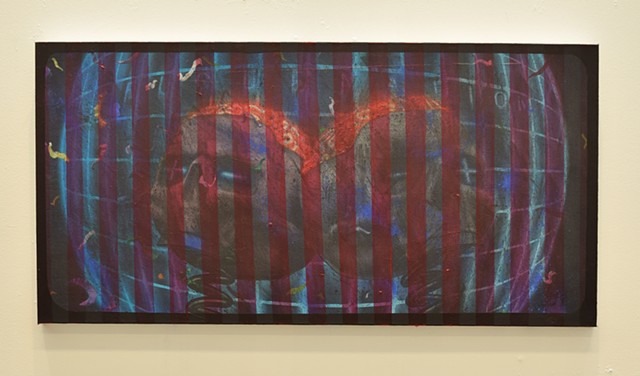 In this piece I was thinking about a psychological condition called a fugue state, described in the DSM as a dissociative state of reversible amnesia of personal identity, personality, and other identifying characteristics of individuality. I considered cultural relativism as something of an analogue for this condition, in that the individual's value structure can be regarded as being symptomatic of or accreted around the influence of their social milieu. The thought of the possibility that a universal ethical paradigm may be nothing more than a mirage was deeply disconcerting to me.